Chicago Slim, aka Dr. Daniel Ivankovich,  is is an internationally renowned orthopedic trauma and spine surgeon. a bluesman, DJ, and a record producer.

​At the Checkerboard Lounge on 43rd Street, he befriended and made a lifelong connection with players that he would eventually tap for the Chicago Blues All-Stars: “Killer” Ray Allison, Johnny Cotton and Johnny B. Gayden. CBAS has been a regular headliner for sold out shows at internationally renowned venues, Buddy Guy’s Legends, House of Blues, Kingston Mines and many others in Chicago. They have also been featured in a documentary on PBS in Chicago.

​Rounding out his presence as an AOR radio personality, Slim manned the mic at commercial outlets WCKG-FM/Chicago, WNUR-FM/Evanston & WQHT-FM/New York. His “Out Of The Blue” program was syndicated in over sixty markets.

Chicago Blues All-Stars has received radio play on over 200 stations in 22 countries. Since the release of their album Red, Hot & Blue in 2013, the band has remained at the top of Reverb Nation’s Chicago and US Blues charts. Red, Hot & Blue broke the Top 25 on Living Blues Radio Report, as well as reaching the Top 30 on the Roots Music Report. The album has been listed as number 35 on AirPlay Direct’s – All Time Top 50 APD Blues/Jazz/Reggae Album. 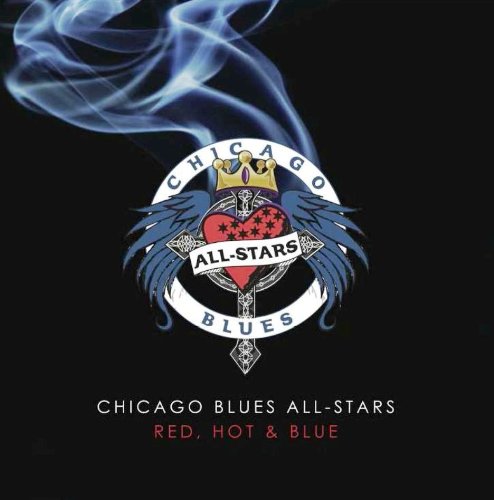